Honey stoned castle: it was originally a military fortress, it is now a luxurious getaway equipped with all modern amenities.   “A monumental restoration…not for the faint of heart”, Architectural Digest, November 2013.

For full details of this  Castello have a look at the PROPERTIES section by clicking through on this link: http://www.tuscany-luxury.com/property/castello-di-procopio/

From the Architectural Digest, November 2013:”

“Restoration projects are not for the faint of heart, it is often said. When considered in the context of Castello di Santa Eurasia in Italy’s Umbria region and the efforts required to modernize and return the ruined former military outpost to its medieval grandeur, the conceit seems a staggering understatement. Then again, the young entrepreneur who undertook this daunting enterprise, Evgeny Lebedev, has never been one to shy away from a challenge. A case in point is the London-based Russian businessman’s 2009 decision to purchase – with his oligarch father, Alexander – the London Evening Standard, a then-struggling British newspaper that is now showing a profit again. The Lebedevs followed that move a year later with the acquisition of the equally beleaguered Independent and its weekend offshoot, The Independent on Sunday.

“I knew it would be a difficult project” the Moscow-born investor, philanthropist, and writer says of renovating Santa Eurasia, which he bought five years ago and named for a chapel that was once on the site. “At the same time, it felt like an exciting adventure.” And it didn’t hurt that Lebedev has long had a love affair with this untrammeled region of central Italy (he also owns another property, Palazzo Terranova, in the area). Or that the castle sits atop a steep hill offering dramatic 360-degree views of the surrounding countryside. “The Holy Roman emperors’ army knew how to find the right spot,” he says. Tackling this monumental restoration required assembling a skilled team – a crew that would be able to satisfy not only the local authorities on complex issues of codes and preservation but also Lebedev’s desire for a luxurious getaway equipped with modern amenities. The project’s leaders, he decided, would be Rome architect Domenico Minchilli, who worked with him on Palazzo Terranova, and acclaimed Los Angeles interior designer, Martyn Lawrence Bullard, a long-time friend.” 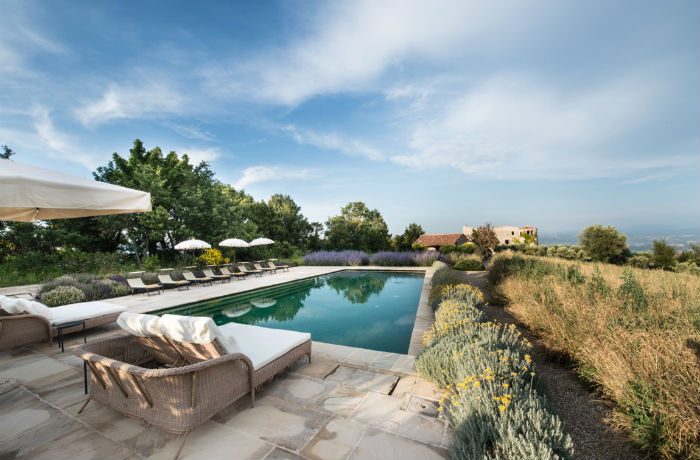 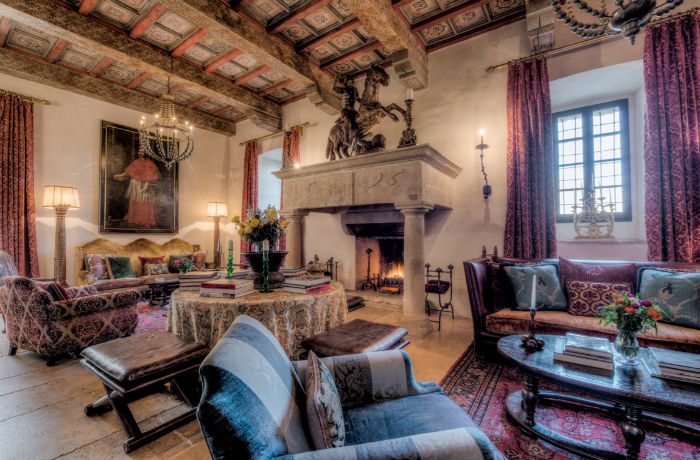 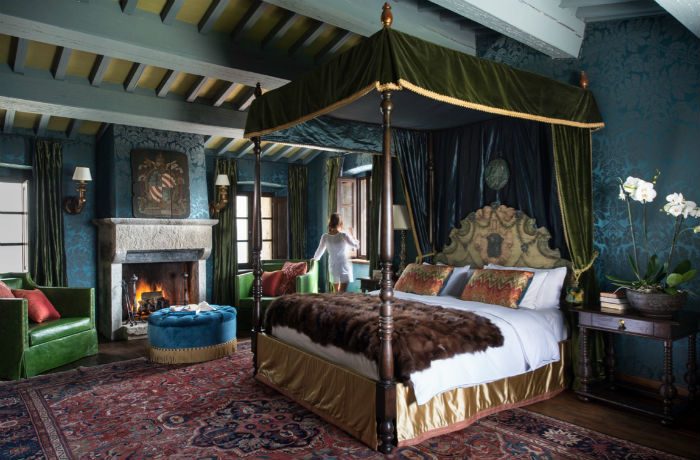